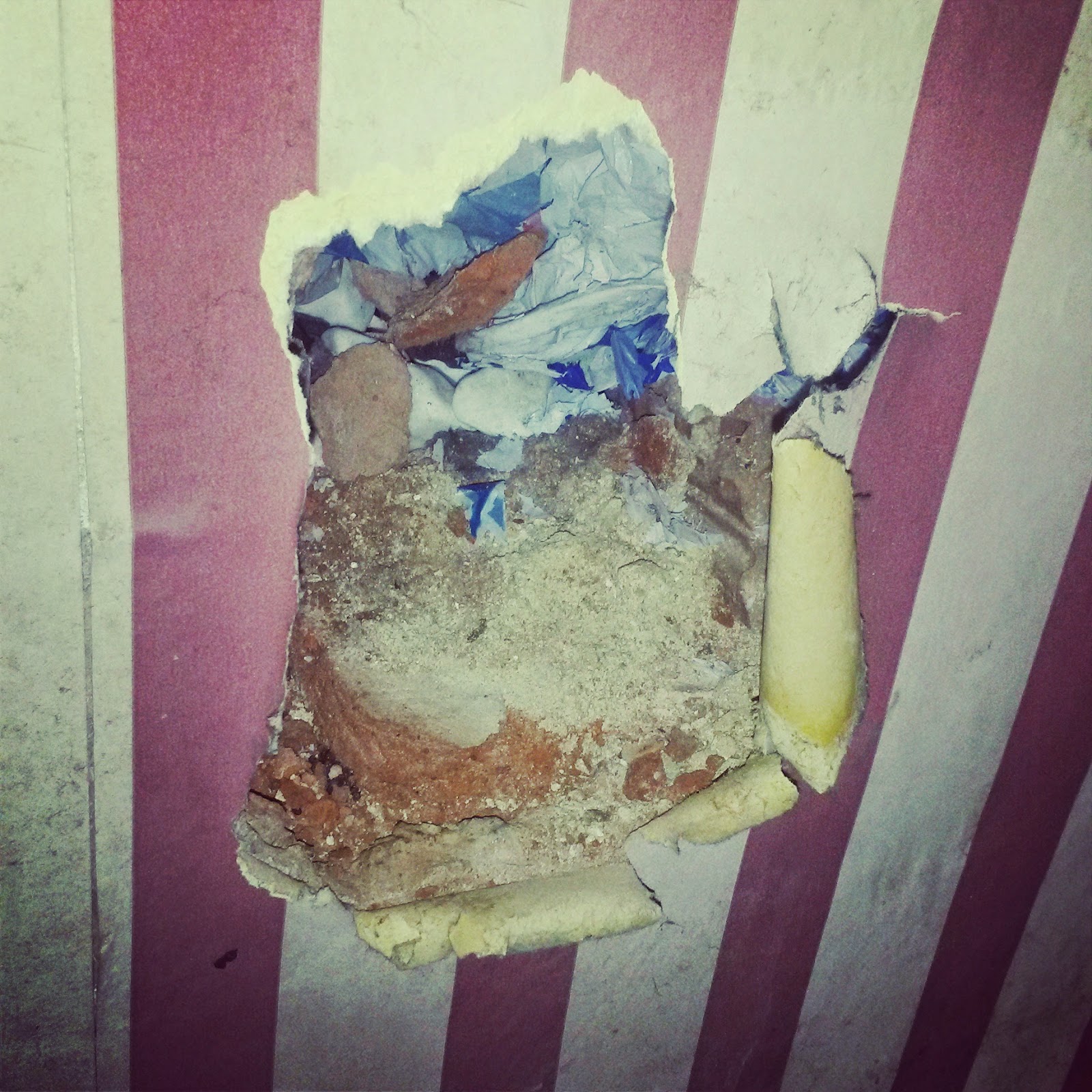 Mice. They're cute but bastards, chewing through my electricity cables and shitting everywhere. Just look at what they did to the wall behind the fridge (pic on the right). They came in through the airbrick and nibbled their way through what looks like layers of Tescos bags and Jeff Banks wallpaper, which would usually lead to a rant about lazy decorators, but I can't be arsed. Does need redecorating, though, that wallpapers gotta be 20 years old.

We had mice downstairs (Jerry Jingles and family) and some upstairs too (Kevin and family). Jerry Jingles' lot liked coffee and would nibble through that, and Kevin's lot had quite a fondness for painkillers and would regularly make a beeline to all the tasty medication. They had to go, but humanely.

We tried some of those humane mouse-traps you get at B&Q but they mice were too clever for them, they'd nick the bait and leg it from the trap. So we built a thing (pictured left) using an a couple of old paper-towel cardboard roll, some newspaper and a bin. Bait was inserted into the cardboard roll, which was then carefully balanced on one of the worktops Jerry Jingles' lot like to hang out on. A big bin with smooth sides, demi-filled with newspaper, was placed under the roll -- the idea being that Jerry Jingles and co would go down the tube for a tasty snack, then fall in the bin, with the slippery sides preventing them from climbing out. 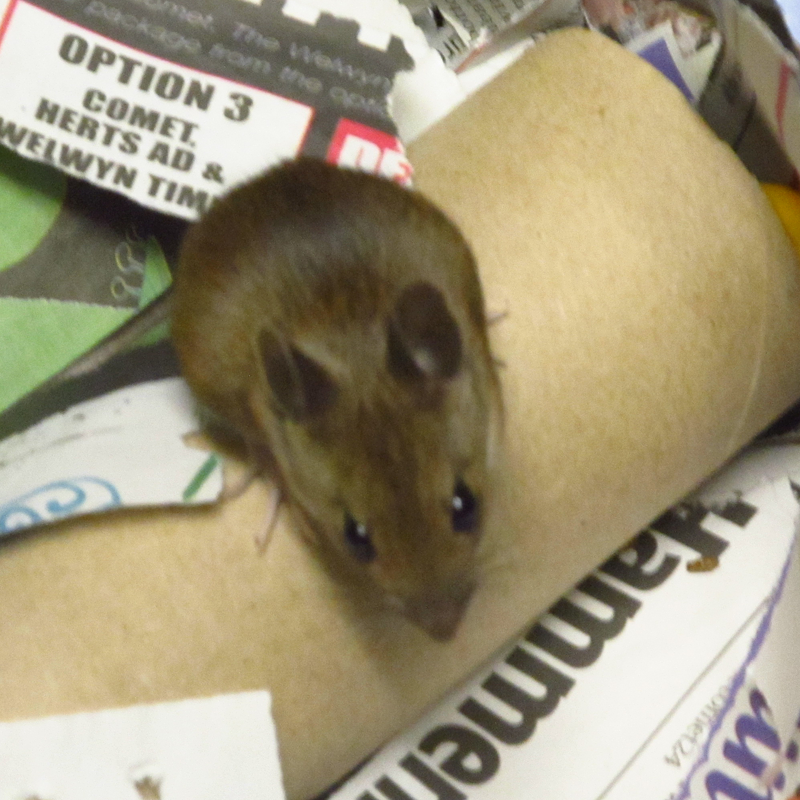 We set the trap and went off, and returned to find a Jerry Jingles (that's him on the right) in the bin :D Yay! Next step was removing the little gits from the house-- they have to be dumped at least a mile away otherwise they'll find their way home. We transferred them into a container (don't forget to line with old newspaper and put in some airholes), found a safe spot in some woods and left them there, hoping that they wouldn't bump into Mr Owl. Within a couple of weeks, and several trips to the woods later, we were mouse-free \o/ We even managed to lure Kevin away from the tasty drugs!

Hope they're OK in the woods, they annoyed me thoroughly but I still feel horrible about leaving them to fend for themselves in the woods :'(
Posted by Missus Boot at Wednesday, September 03, 2014