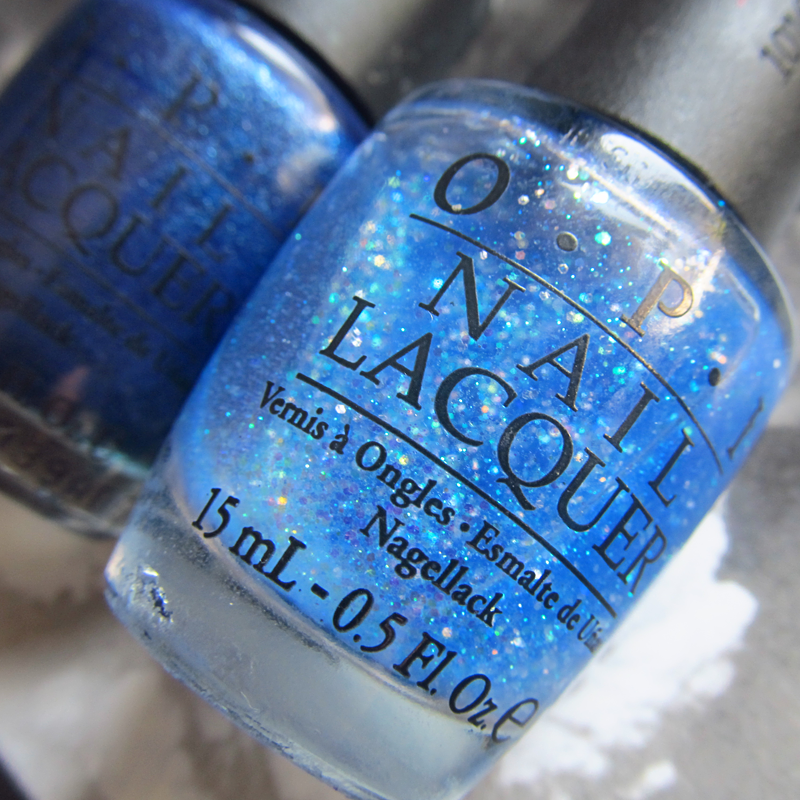 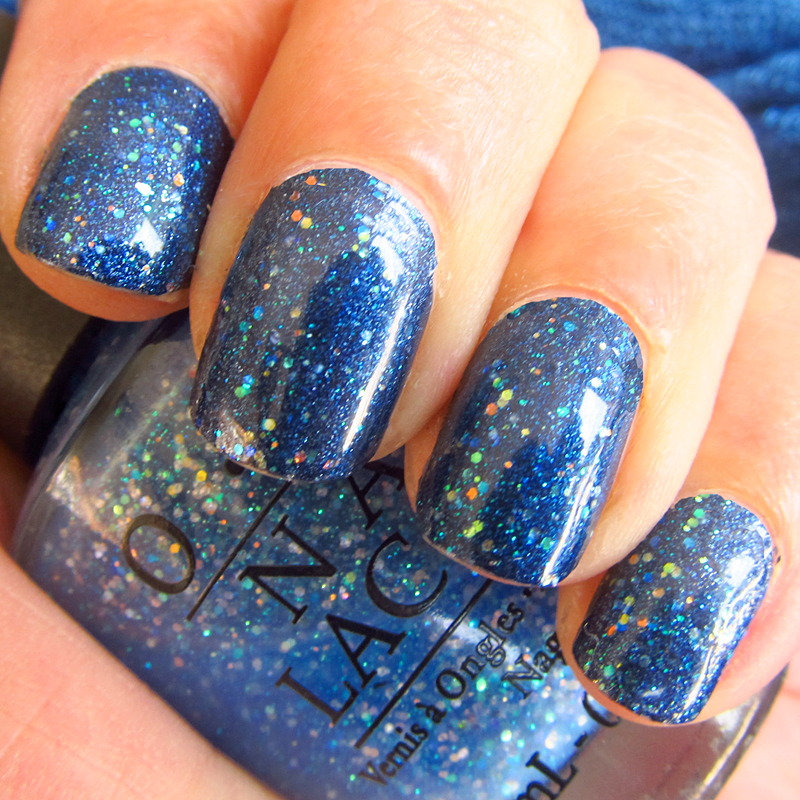 One of the problems with my jobs is I either can't wear nail polish, or I can but it gets trashed within five minutes due to the nature of the work :( Why I picked OPI Suede Russian Navy is beyond me, because it has started to chip like crazy. Put it on, have a sip of tea, chip yer polish. Great.

Fixed the chipping problem slightly by putting some OPI Last Friday Night glittery polish over the top -- lovely one is this one, blue and orange glitters with a blue shimmer. Looked good over Russian Navy but ultimately wasn't enough to stop the chipping, as I lost some bits making a cup of coffee. So I later fixed it up and chucked some cheap and cheerful UV topcoat over the top which normally sorts these sort of problems out. However, it was an excercise in failure, as a bit has cheerfully chipped off whilst typing this post.

I don't remember Russian Navy being this bad for chipping but it has been some time since I last wore it and the formula may have gone a bit funny. Damn shame if it has, it's a lovely polish.
Posted by Missus Boot at Thursday, July 31, 2014